Omar Jose Cardona from Team Legend sings “You and I” on The Voice Season 22 Top 8 Live Semifinals Eliminations, Tuesday, December 6, 2022. 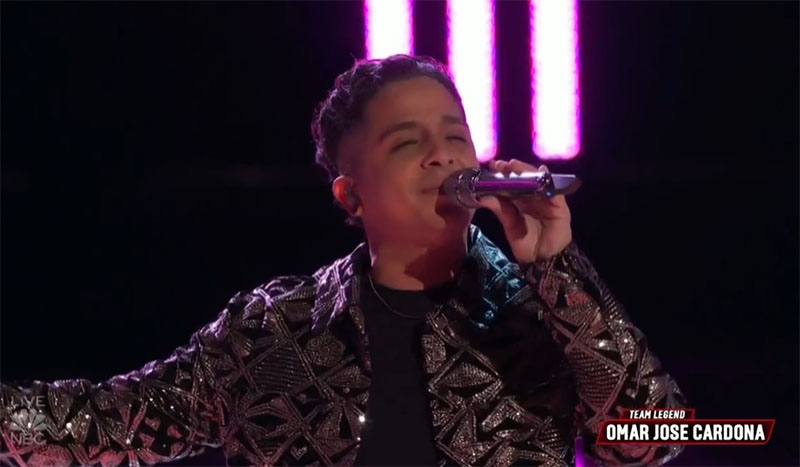 Omar Jose Cardona is in the bottom four together with Justin Aaron, Kim Cruse and Parijita Bastola.