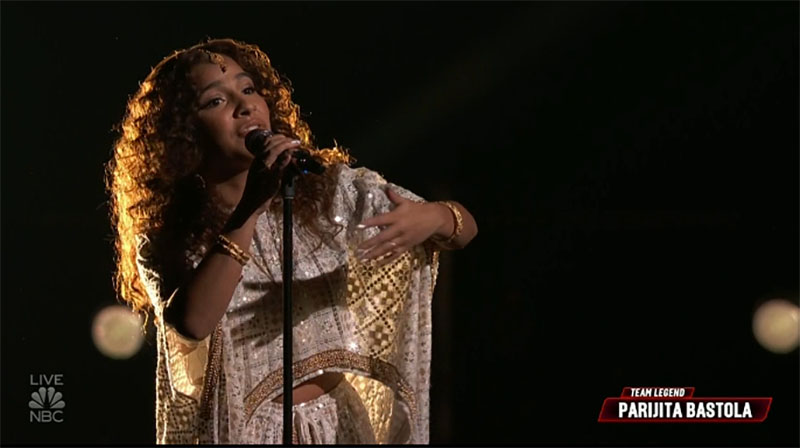 “I thought that was a masterclass with great execution in you performance,” said Blake. “I think it was a perfect song and it was beautiful,” said Gwen. “I was just amazed by you every week,” said John.