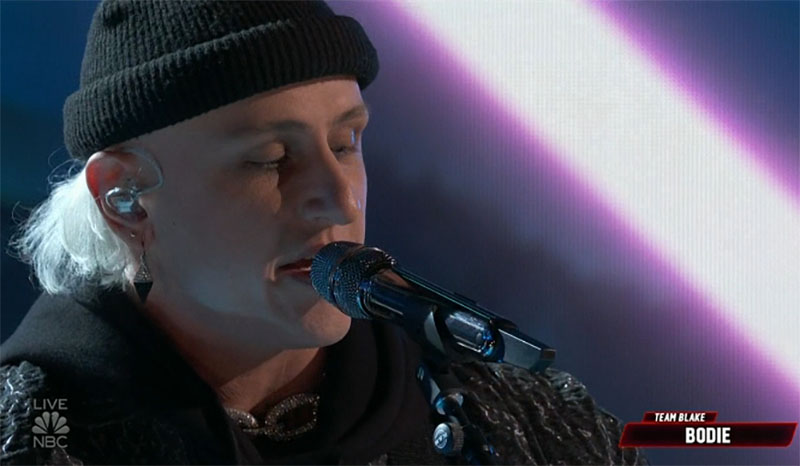 “You have so much access to your heart, you are a star,” said Gwen. “This is your moment,” said Blake.