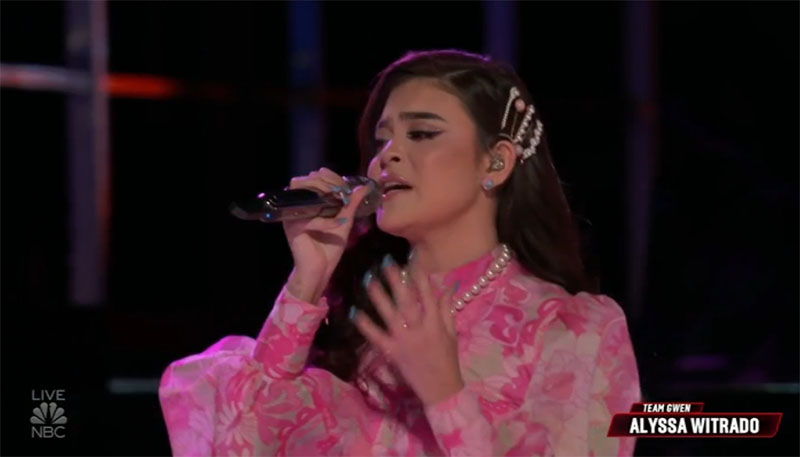 “You are incredible, I love your voice,” said Camila. “I am so proud right now. Her style of voice is hard and it’s hard to do that,” said Gwen.

What can you say about Alyssa Witrado’s performance? Share your comments and views on the discussion box below.