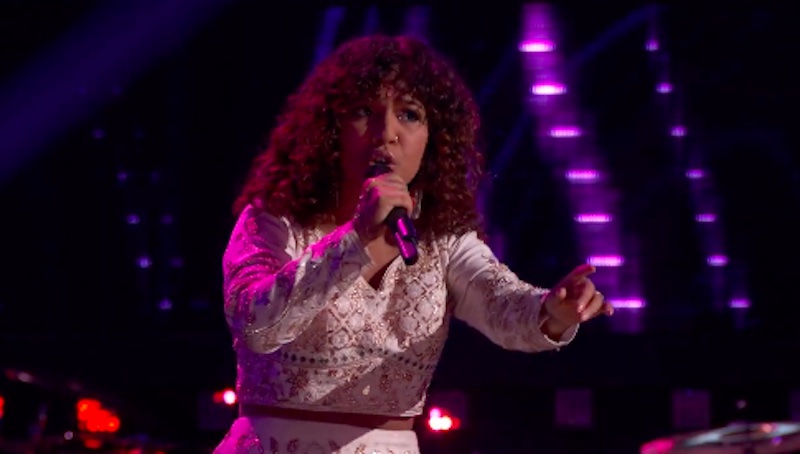 “That was masterful, I’ve got goose bumps in my whole body,” said Camila. “You’re so natural and very unique,” said Gwen.

“Your voice is that kind of transcended voice and it would be an honor to work with you,” said John. “There’s nobody else like you on my team,” said Blake.