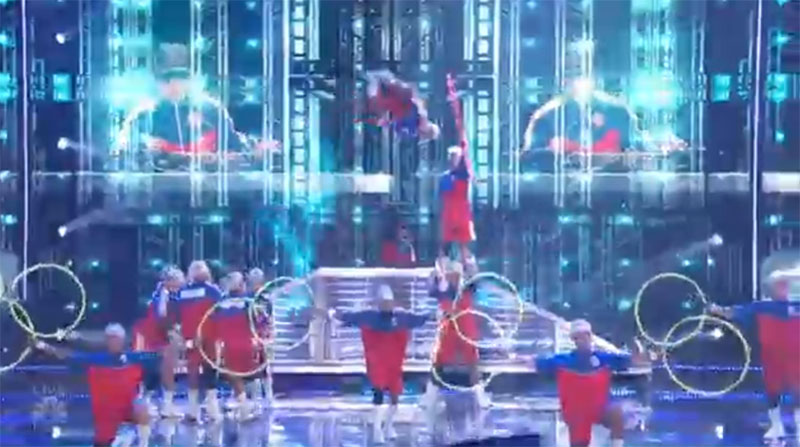 “I’m so happy for this act. This made me feel amazing. That’s what I call a 10,” said Simon. “That was the most exciting and entertaining act of the night,” said Howie.

“My favorite act of the night so far,” said Heidi. “It was perfect,” said Sofia.

What can you say about Urbancrew’s performance? Share your comments below.