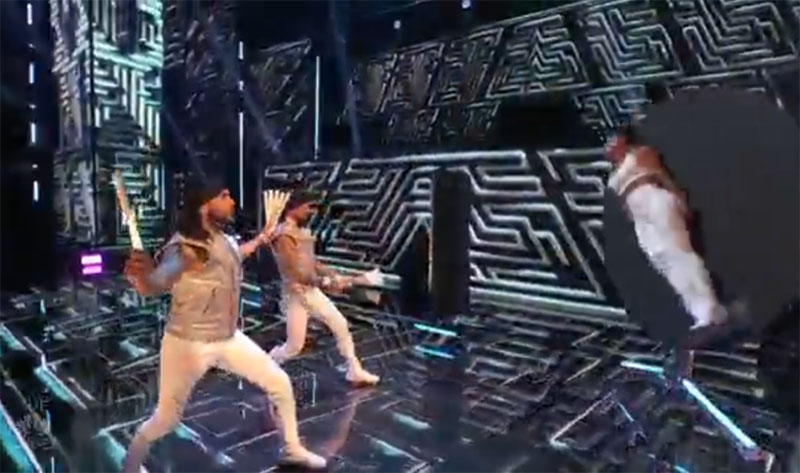 “This is so unique, I really love this act but I hated it the same time,” said Sofia. “It’s like watching a horror movie, you hate it but you like it,” said Simon.

“You bring something we need,” said Howie. “it was intense, exciting and terrifying,” said Heidi.

What can you say about Blade 2 Blade’s performance? Share your comments below.