Andrew Igbokidi sings “when the party’s over” by Billie Eilish on The Voice Season 22 Blind Auditions! 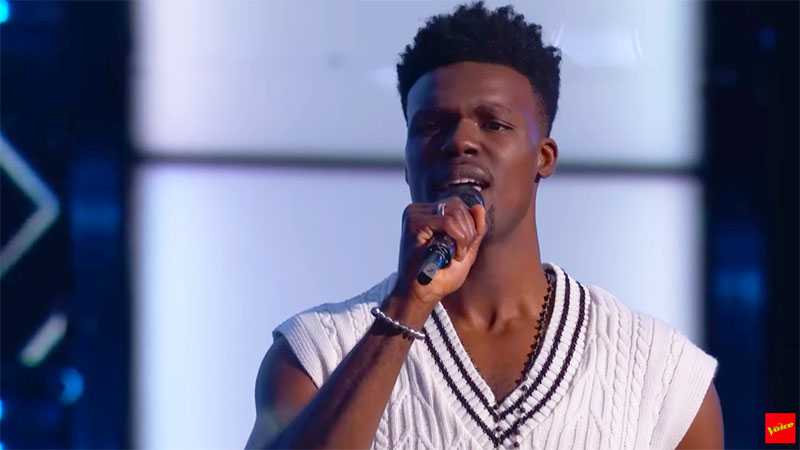 “I’ve never seen on the show someone that has such a mixture of styles, you made the runs emotional,” said Gwen. “I’m so intrigue by you, I believe that you have the ability to stand so much on the show,” said John.

“I love your tone and you put so much emotion on the song,” said Camila.

Andrew Igbokidi gets four chair turns from the judges. Watch his performance on the video below!

What can you say about Andrew Igbokidi’ performance? Share your comments and views on the discussion box below.

This performance will be aired on Monday’s episode of The Voice, September 26, 2022. The Voice returns for Season 22. Carson Daly serves as host, Camila Cabello, John Legend, Gwen Stefani and Blake Shelton as judges.