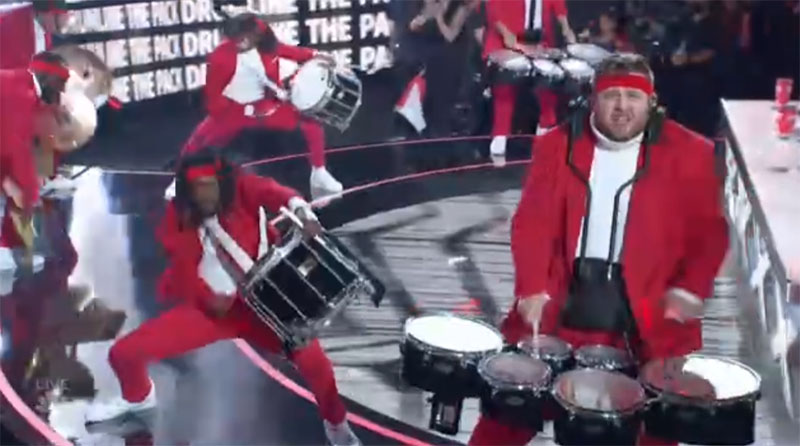 “That was amazing, I wish you nothing but the best of luck,” said Howie. “You gave so much energy,” Heidi.  “This is the way to open a show,” said Sofia. “I think that’s how you win a show, that was a master class,” said Simon.

What can you say about The Pack Drumline’s performance? Share your comments below.