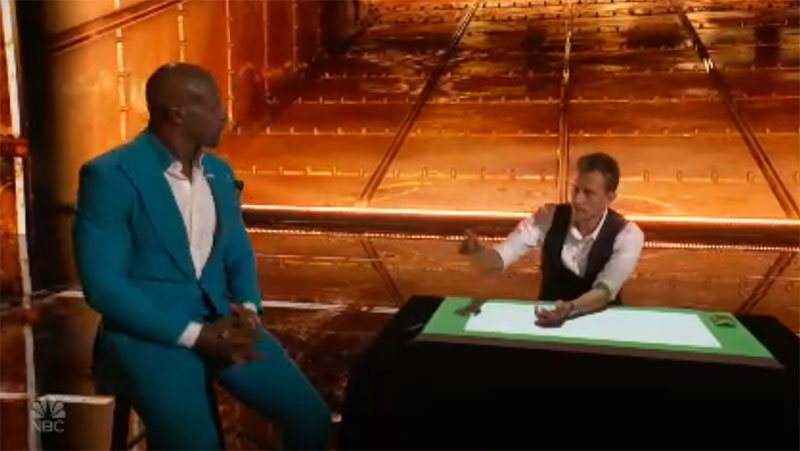 “The combo of technology and reality is insane,” said Heidi. “You have brought a new style of magic to AGT, it’s visually amazing,” said Sofia.

“Honestly, I forget about you nut that was one of the best we’ve ever seen,” said Simon. “The bar of magic has raise this time and I think you have a chance of winning this competition.” said Howie.

What can you say about Nicolas RIBS’ performance? Share your comments below.