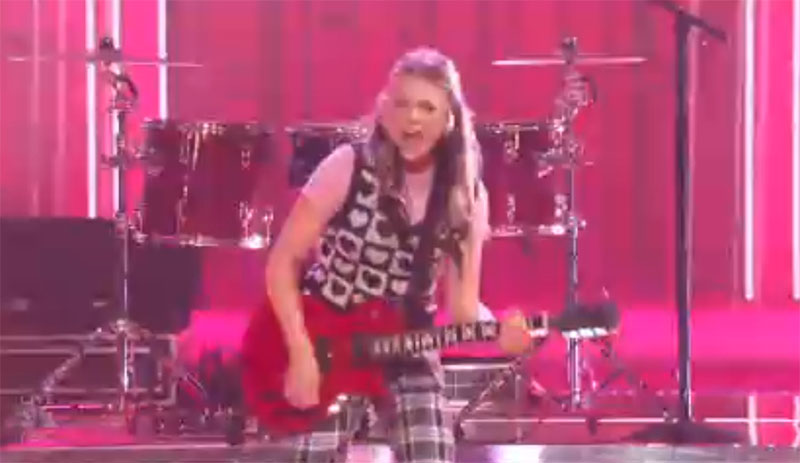 “You are the coolest girl,” said Sofia. “I don’t like the song, it was like a fantastic mess but I like you,” said Simon. “You are a Rockstar but I think you made a wrong song choice,” said Howie. “You get 200% when you’re up there,” said Heidi.

What can you say about Mia Morris’  performance? Share your comments below.