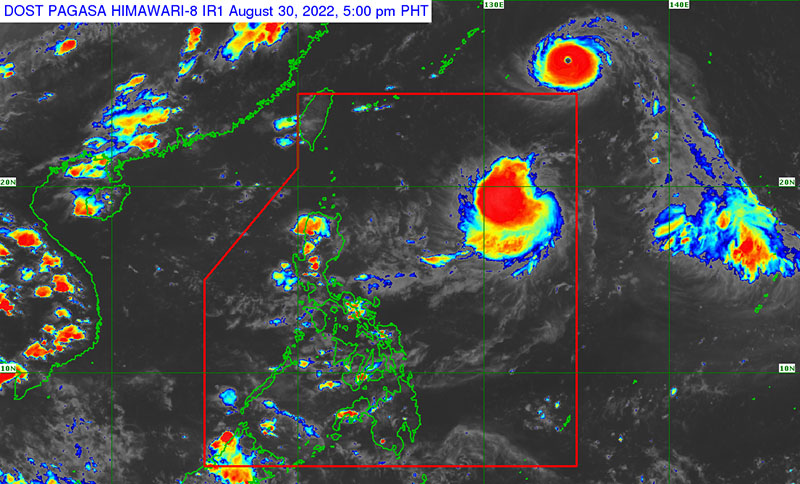 As of 10:00pm today, Super Typhoon Hinnamnor  was located 1,305 km East Northeast of Extreme Northern Luzon with maximum sustained winds of 195 km/h near the center and gustiness of up to 240 km/h.

It is expected to move West southwestward at 30 km/h

Meanwhile, the low pressure area in in the east of extreme norther Luzon develops into Tropical Depression and was locally named as Bagyong Gardo.

As of 4:00pm today, Bayong Gardo maintained its strength and was located at 1,080 km East of Extreme Northern Luzon with maximum sustained winds of 55 km/h near the center and gustiness of up to 70 km/h.

Bayong Gardo is expected to intensify into tropical storm within the next 24 hours. However, it may degenerate into a remnant low by Thursday afternoon as Bagyong Henry  “HINNAMNOR” begins to assimilate its circulation.