Who’s leading The Voice Apple Music & iTunes Charts? Here’s the iTunes charts and ranking results for the Top 5 finalists of The Voice for December 13, 2021 performance. 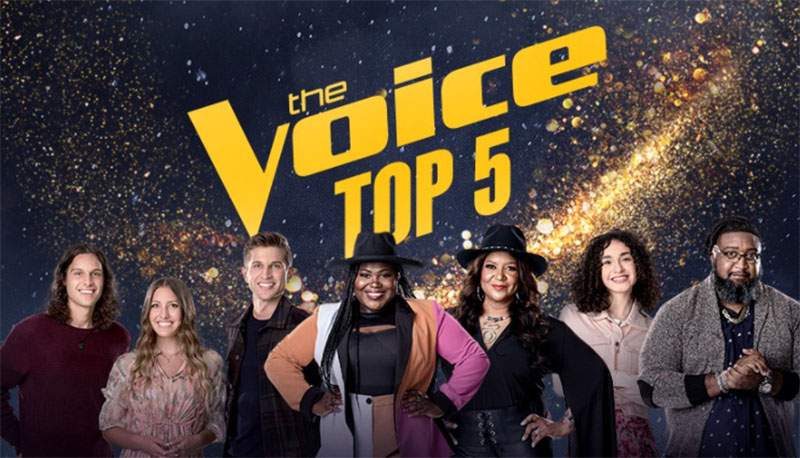 The Top 5 finalist perform for America’s vote on Monday. Each singer perform two songs on Monday and will be performing a duet with their coach on the results show on Tuesday.

Below is the iTunes Charts & Apple Music Rankings.

#12 Wendy Moten – Over the Rainbow

Jershika Maple – Rolling In the Deep

Who do you will be named as The Voice Season 21 winner tomorrow night? Share your predictions below. The Voice returns tomorrow for the Top 5 finale results on Tuesday, the winner will be reveled at the end of the results show.

The Voice is a top rating singing competition aired on NBC. The show is based on the original The Voice of Holland. It aims to find currently unsigned singing talents ages 13 or above. Carson Daly serves as host, Kelly Clarkson, John Legend, Ariana Grande and Blake Shelton as judges.