Lana Scott from Team Blake sings “Something in the Water” on The Voice Season 21 Top 8 Live Semifinals, Monday, December 6, 2021. 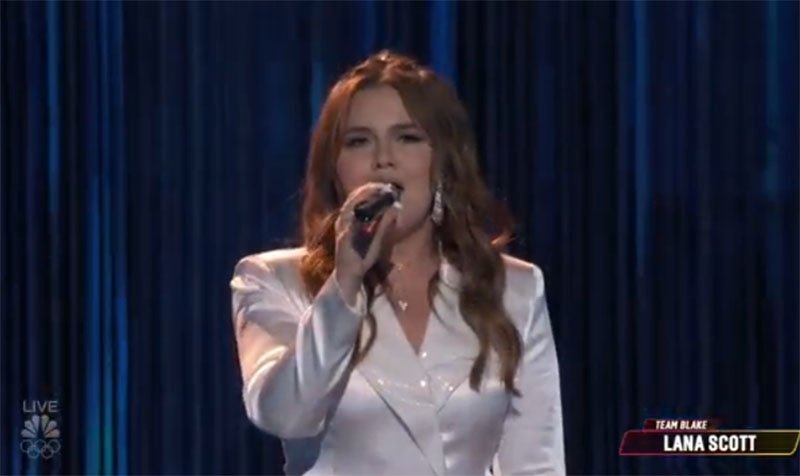 “You’ve been so wonderful and consistent. It was so inspirational and beautiful,” said John. “You’ve been consistent all along and that’s your best performance in this season,” said Blake.