Jershika Maple from Team Legend sings “Don’t Let the Sun Go Down on Me” on The Voice Season 21 Top 8 Live Semifinals, Monday, December 6, 2021. 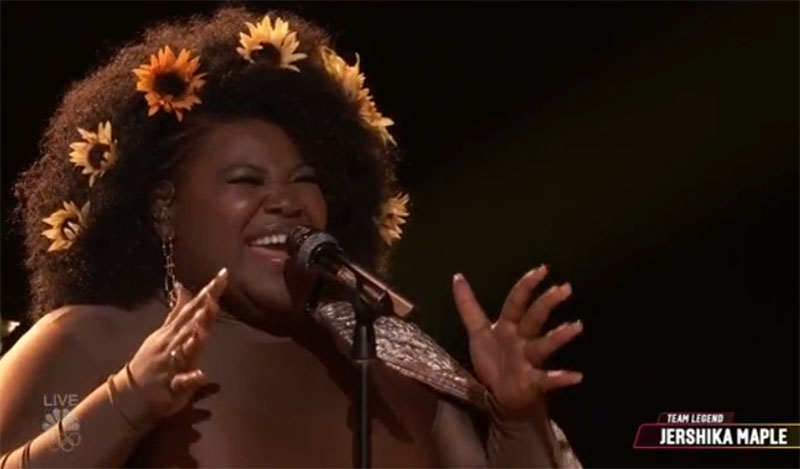 “You just made a statement right there,” said Blake. That’s powerful and incredible,” said Ariana. “You deserved to be in this space. You are a superstar talent,” said John.