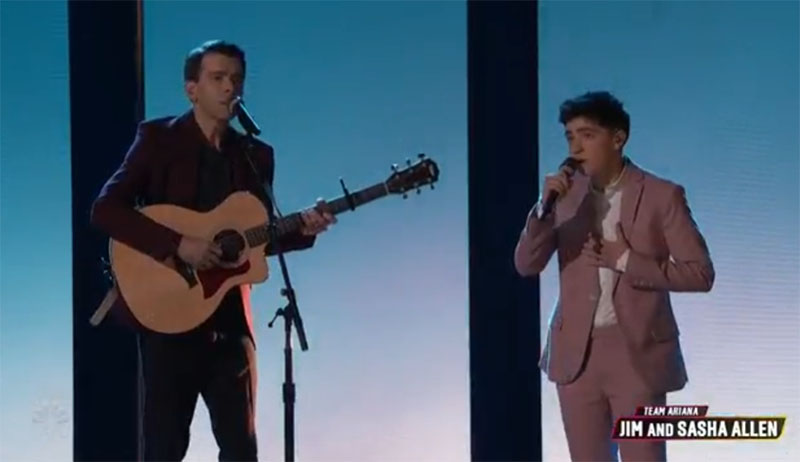 Jim and Sasha Allen's rendition of "Your Song" by @eltonofficial will make you emotional. 🥺 #VoiceTop13 #TeamAriana pic.twitter.com/VDr7evCLk4