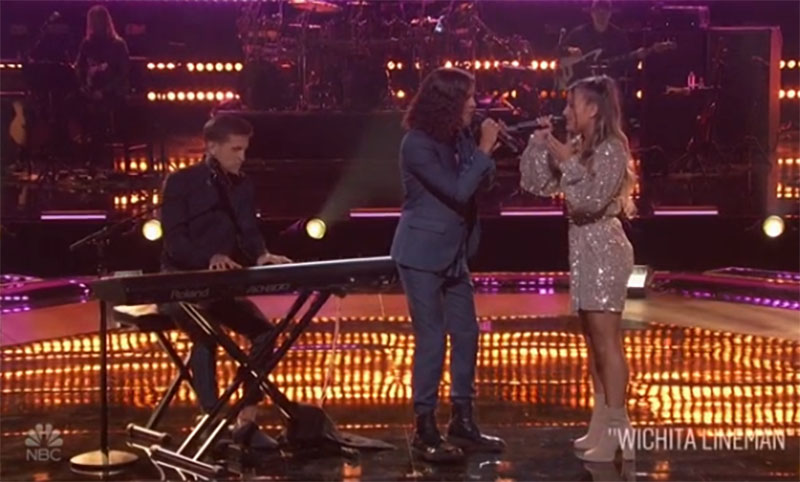 “You make everything so special,” said Kelly. Girl Named Tom competes with Holly Forbes for a spot in the next round of the competition.