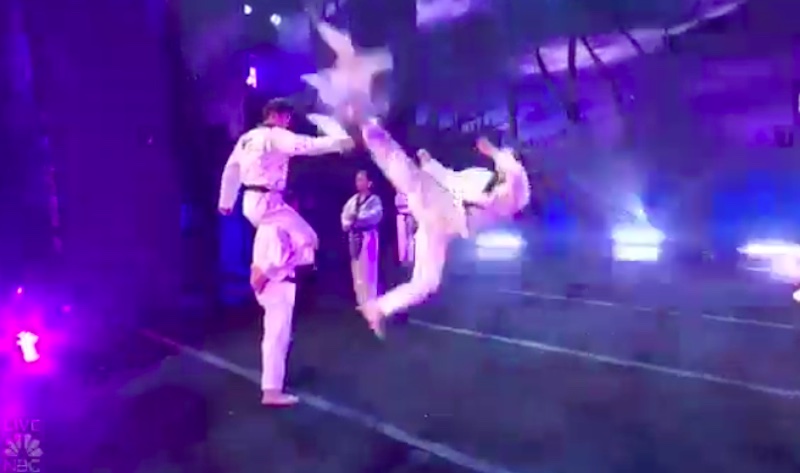 “This was the best performance of the night,” said Howie. “I loved it! It’s the coolest thing ever,” said Heidi.

Watch World Taekwondo Demonstration Team’s performance on the video below.

What can you say about World Taekwondo Demonstration Team’s performance? Share comments below.