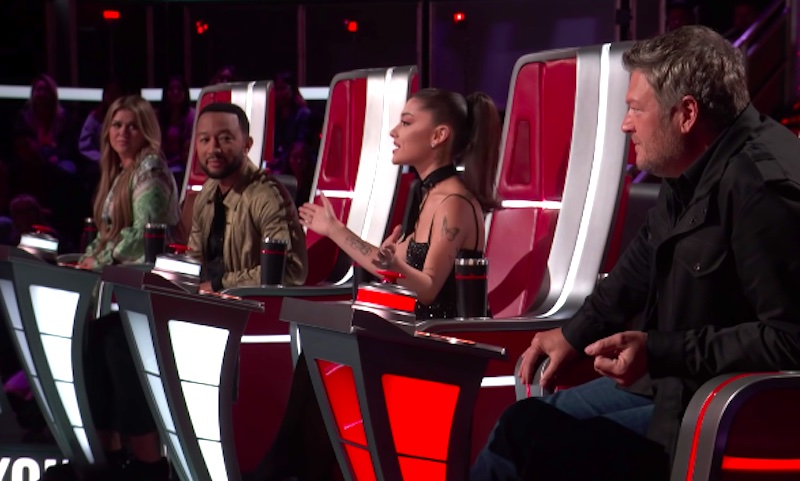 It’s the Night 4 of the Blind Auditions. The judges will continue to find the best singers to join their team tonight.

During the Blinds, the decisions from the coaches are based solely on voice and not looks. The artist perform and the coaches listen. If a coach is impressed by the artist’s voice, that coach pushes a button to select the artist for their team. If the artist turned more than one chair, he/she gets to choose which team he/she will be joining.

Keep locked on this page, The Voice Season 21 Blind Auditions episode recap and videos will be added below.

Bella, where the hell have you been, loca? @arianagrande has been waiting for you… #VoiceBlinds #TeamAriana pic.twitter.com/d9WNWF1Njr

Jonara Brown sings “Angel of Mine”

Berritt Haynes & Clint Sherman have made it to Team Blake

Berritt Haynes & Clint Sherman have made it to #TeamBlake! ❤️ #VoiceBlinds pic.twitter.com/iqFgVS7bcj