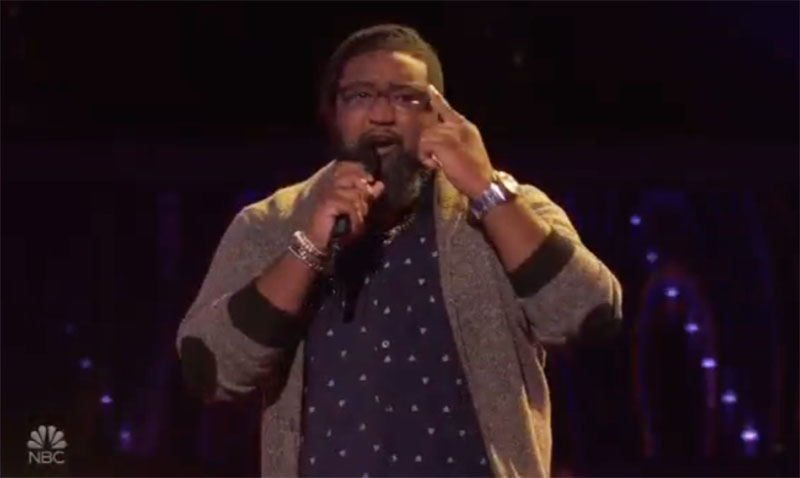 “That was phenomenal, so contagious and effortless,” said Ariana Grande. “You just lit this stage on fire,” said John Legend.

Paris Winningham joins Team John Legend. Watch his performance on the video below.