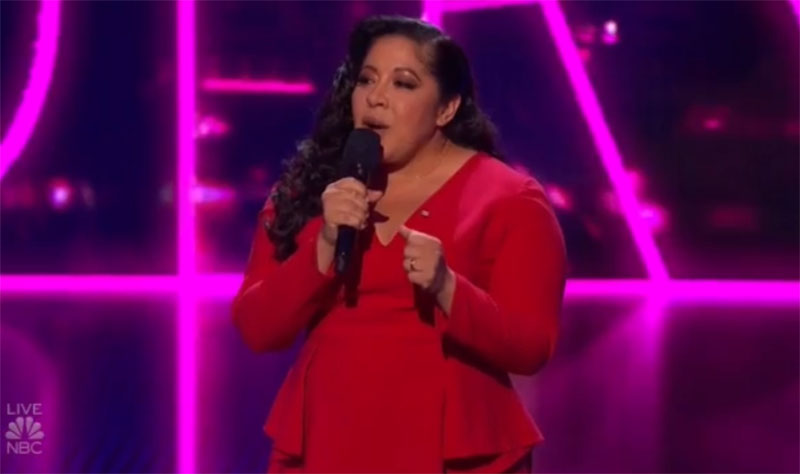 “Laughter is still alive and laughter is the best medicine,” said Howie. “You are already a winner,” said Sofia.

“You are so comfortable on stage and I love your martials,” said Sofia. “I adore you,” said Simon.