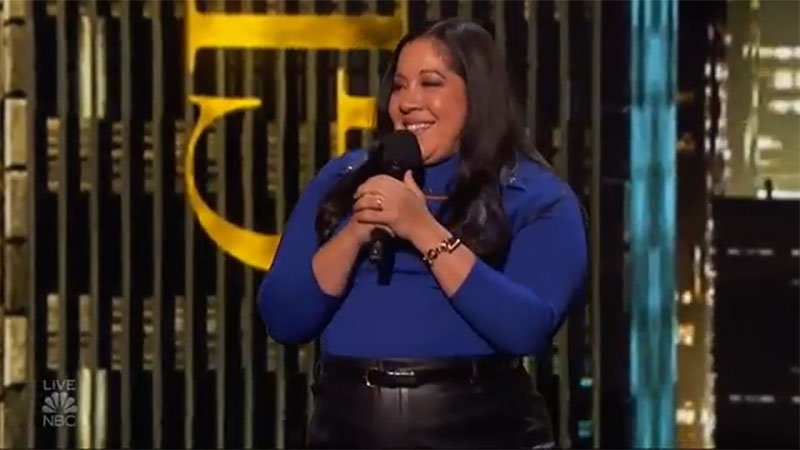 “You’re very funny but I sense a lot of nerves from you tonight,” said Simon. “I think tonight paid off,” said Howie.

“I think that’s the biggest complement, you made us all laugh,” said Heidi. “Everything you said was true,” said Sofia.