Raffy Tulfo announced on Thursday on his program that his staff has filled a case against Dave Villanueva with warrant of arrest under RA 10175 Cybercrime Prevention Act issued from the Regional Trial Court in Quezon City. 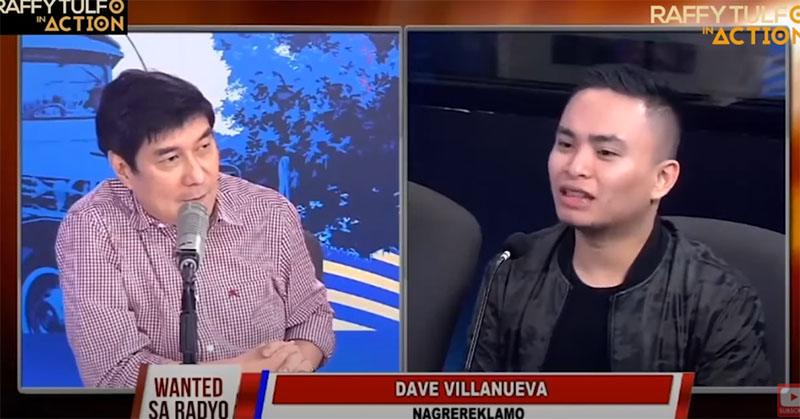 According to Raffy, Dave Villanueva has said bad things against his staff that pushed them to file a case. Watch the full video below.