The viral video of two Filipino Divers who Failed at the SEA Games 2015 is now trending again on social media. 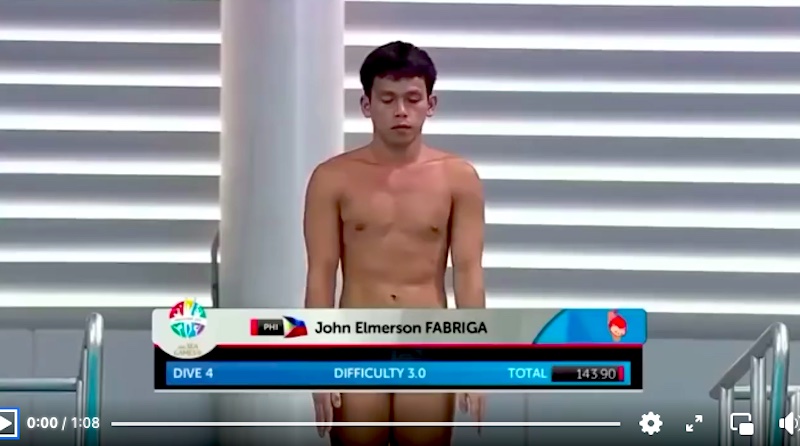 The said video was posted a Facebook page and collects more than 7.5M views in one day. Viewers were tricked about the captions claiming that the bad dive was from Tokyo Olympics.

The two filipino divers in the video are John Elmerson Fabriga and John David Pahoyo, who showed poor performance during the Aquatics Diving 3-metre Finals at SEA Games 2015 in Singapore.