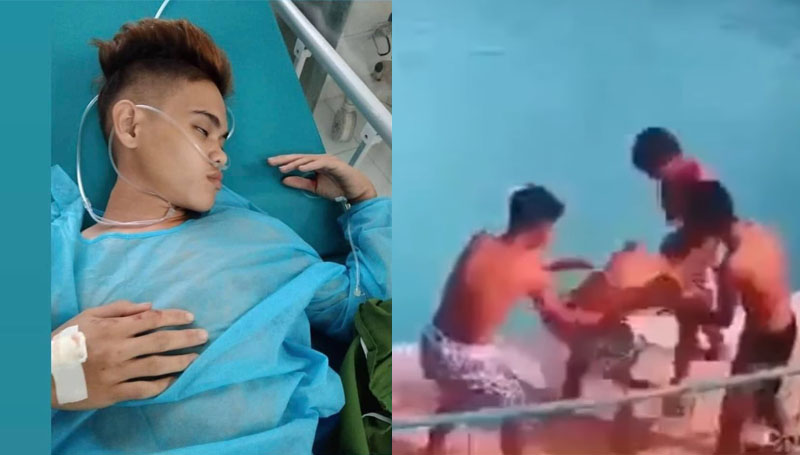 In the viral video uploaded on Facebook, a group of boys were seen having fun and playing around near the pool at a resort in Agusan.

The fun turns into nightmare after the group decided to do a stunt. Three of the boys are spinning one of their friend and one is recording the act. The boys went overboard and spin their friend countless times until he get totally disoriented and pushed him into the water.

The young man struggled to swim and nearly get drowned after being submerged in the water for several minutes.

Fortunately, a man came to help and pulled him out of the water. He nearly lost his life and survived ordeal. The victim was identified as Ralph Agramon and he is now recovering in the hospital.

Reports also said that the boys involved in the incident was already in custody of the authority.