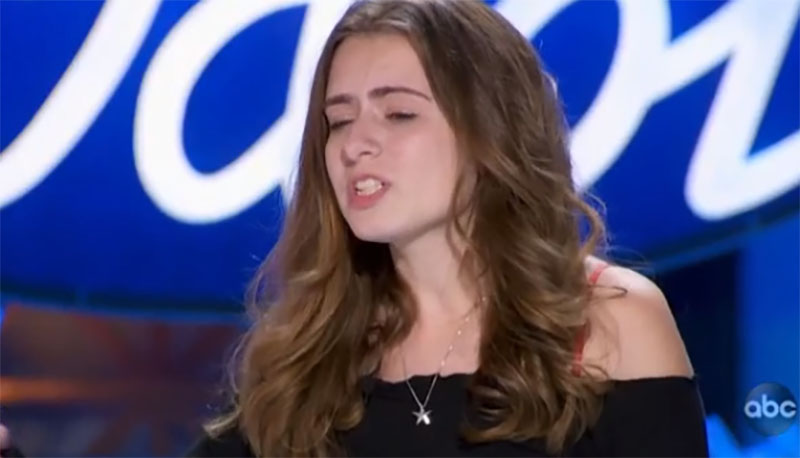 “I loved your texture and and high notes,” said Lionel. “Your the walking miracle and you gave people hope,” said Katy.

Brianna Collichio gets three yeses from the judges and she is going to Hollywood. Watch her performance on the video below.

American Idol is an American singing competition television series created by Simon Fuller. Andrea Valles gets three yeses from the judges and she is going to Hollywood. Watch her performance on the video below.

It airs on Fox from 2002 and ended with it 15th season in 2016. The competition is currently airing on ABC with Lionel Richie, Katy Perry and Luke Bryan as judges and Ryan Seacrest as host.