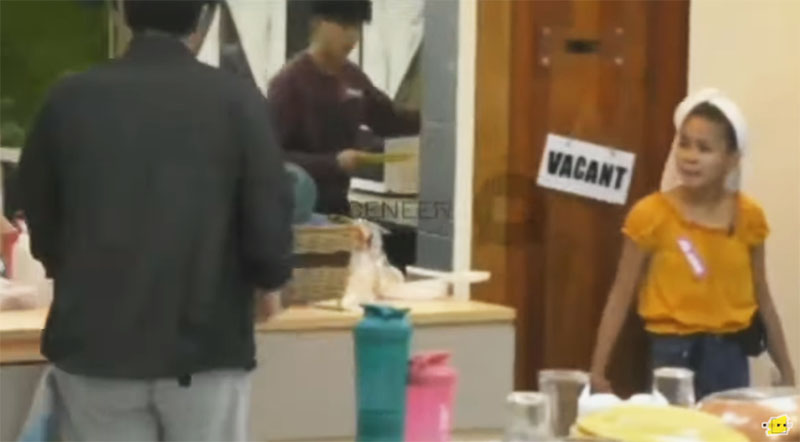 In the viral video taken inside the PBB house, Justin Dizon can be seen having conversation with Jie-Ann Armero. Justin says, they were talking about Jie-Ann because she’s not taking a bath.

The short footage is now making rounds online and many are appealing to Big Brother to force evict Justin Dizon for discriminating Jie-Ann Armero.

On the other hand, Jie-Ann explained to Big Brother that she is not taking bath regularly due to lack of water in her home in Sarangani. She said that they need to pay for water and only used it for drinking, cooking and washing dishes.

What can you say about this issue? Share your thoughts and opinion on the discussion box below.