Carter Rubin from Team Gwen is the crowned winner of The Voice 2020 Season 19, Jim Ranger from Team Blake finished runner-up. 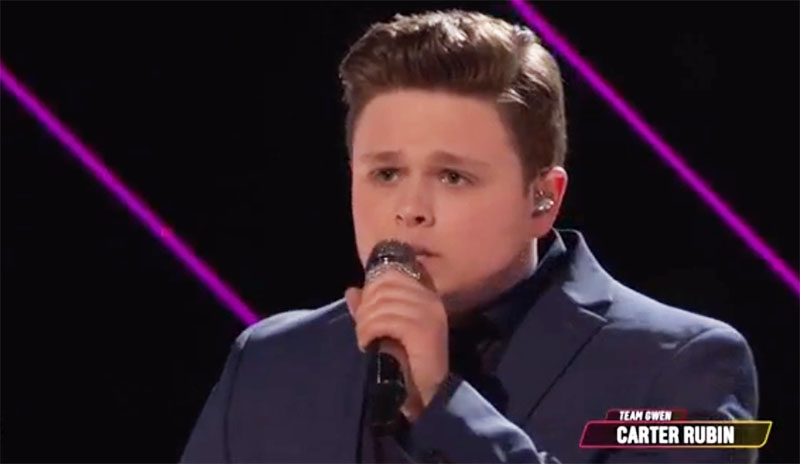 Carter Rubin is the winner of The Voice Season 19 — the final results were revealed on Tuesday’s Live Finale results show, December 15, 2020.

During the Finale on Monday, the Top 5 finalists performed two songs each – a solo song cover and an original song single.

Carter Rubin performed her original song “Up From Here” and solo cover “The Climb.

The Voice winner was announced at the end of a two-hour finale featuring performances from the Keith Urban, Pink, Nelly and Jason Derulo.