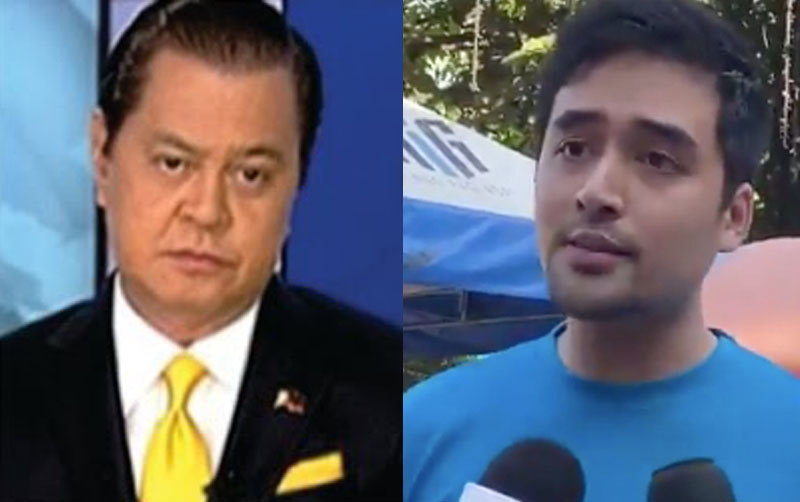 Following the De Castro’s remarks, supporters and followers of Vico Sotto took to Twitter to defend their Mayor. Here’s what netizens have to say about the issue.

STFU. For all we know, your 6 years as VICE-PRESIDENT was total shit.

Dear Noli de Castro, STOP PAINTING Vico Sotto in a bad light just because he's asking permission to have tricycles operate in Pasig. May I remind you that you were involved in a corruption scandal with HLURB during your term as VP.

Kabayan has wrong priorities. It's not just about the letter of the rules. It's about saving people!

Anong problema ng news anchor nyo na si Noli De Castro? Why does he keep on implying that Mayor @VicoSotto is defying the order? Well in fact, the Mayor is suggesting for alternative solutions for those regulations that have countless lapses? @ABSCBNNews @TVPatrol

hahaha noli de castro telling vico sotto what to do????? what did you do when you were in the position????

NOLI DE CASTRO looks very irritated at the report of JEFF CANOY about the vigor and dynamic measures and humane leadership of Mayor Vico Sotto.

Its because that is something he was not. Being VP during Arroyo's term, he showed no LEADERSHIP, NO DYNAMISM, NO HUMANITY.

In live TV Noli De Castro of TV Patrol makes @VicoSotto a fool in live TV to say that "hindi ata alam ni Mayor ang libreng sakay ng MMDA fo the front liners" (not the exact word). Of all the Mayors Vico Sotto gives the extra mile for his city and stand up for us! Thank you Mayor

Got so upset with Noli de Castro, switched channels, now watching 24 Oras with Ms. Jessica Soho on board. Keep it up Mr. Canoy! Salamat po sa paghahatid ng news in spite the dangers!

The audacity of Noli De Castro to criticize and be shady to Mayor Vico!!!! Bakit ano ba ang nagawa mo when you were in position?

What’s wrong with Noli De Castro? I bet he can’t even surpass Vico Sotto’s accomplishments compared to his stint as Vice President. #qaqo