Steve Harvey once again did it — he announced the the wrong winner for the National Costume at the Miss Universe 2019 pageant. 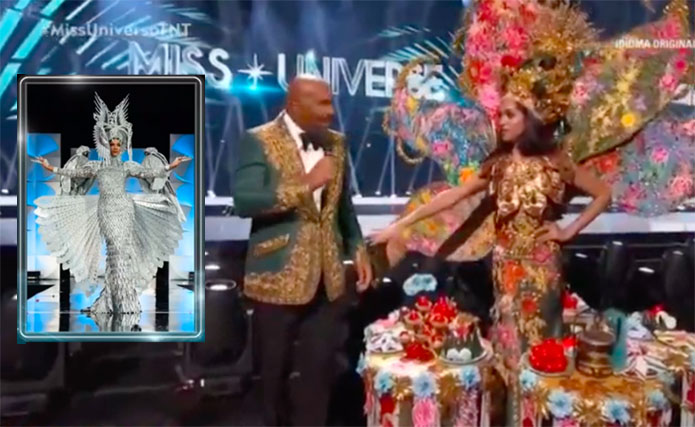 During the show, Steve announces that the winner of the National Costume is Miss Philippines Gazini Ganados who’s wearing a Philippine eagle inspired dress.

But it was actually Malaysia who won the National Costume title.

Steve Harvey then blame the teleprompter for the mishap.

The winner of Miss Universe 2019 beauty pageant will be crowned at Tyler Perry Studios in Atlanta, Georgia in the United States on Sunday, December 8, 2019.

90 contestants from around the world will compete this year for the coveted crown.

Miss Universe 2018 Catriona Gray of the Philippines will crown her successor at the end of the event.