The driver who had a traumatic experience in a road rage involving Dr. Tomas Mendez sought help from Raffy Tulfo. 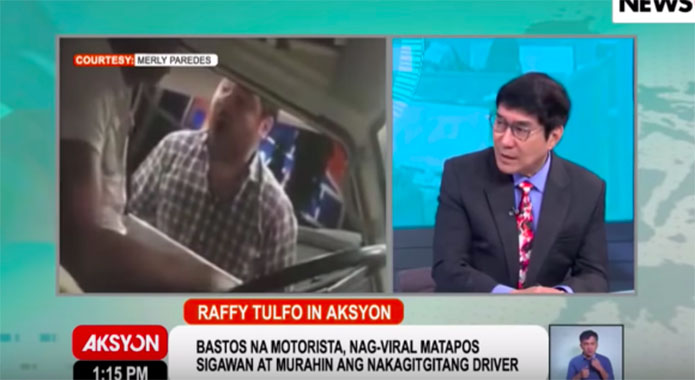 Santiago Paredes and his wife went to Raffy Tulfo in Action on Monday to seek help in filing charges against doctor Tomas Mendez who is involve in a road rage at a gasoline station.

According to Raffy, the suspect could have his driver’s license revoked as well as his PRC license. Raffy also said that they can file unjust fixation and child abuse charges since there were kids inside the van.

Watch the full video below.

In the viral road rage video, Tomas Mendez can be seen confronting and berating Santiago Paredes at a gasoline station.

According to Santiago, Mendez throws something at their vehicle before the confrontation while Mendez claims that Santiago is trying to hit his car.

What can you say about this issue? Share your thoughts below.