Who won The Voice 2019 Season 17? The votes are in and grand winner will be revealed at the end of the Grand Finale Results show tonight, Tuesday, December 17, 2019. 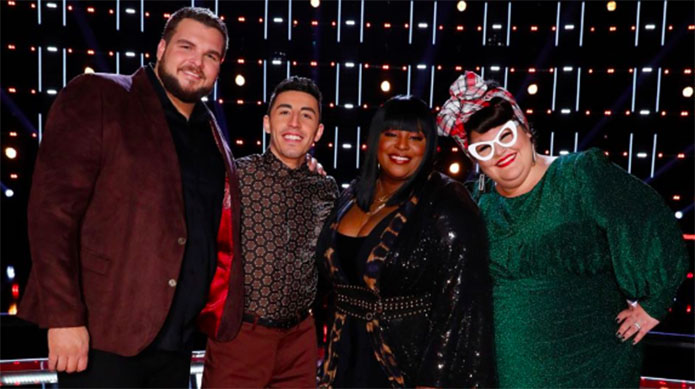 The remaining Top 4 finalists performs solo song cover, a special duet with their coach, and an original song single.

The Voice 2019 Season 17 winner will be revealed at the end of the grand finale results show tonight. Musical guest includes The Black Eyed Peas, Lady Antebellum, Adam Lambert and many more.

Who do you think is the winner of The Voice 2019 Season 17? Jake Hoot, Katie Kadan, Ricky Duran or Rose Short? Comment below!