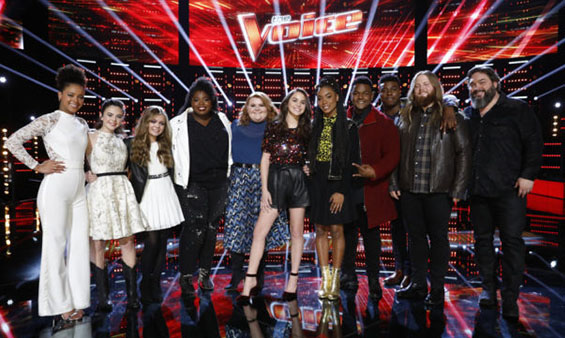 Tonight, the Top 11 artist will perform for your votes, with the results following on Tuesday. Each will sing song chosen by their fans.

Keep locked on this page, The Voice Season 15 Top 11 live performance show recap and videos will be posted on this page once available online.

Dave Fenley from Team Blake sings “Use Me”

Kirk Jay from Team Blake sings “Body Like A Backroad”

Sarah Grace from Team Kelly sings “Dog Days Are Over”

DeAndre Nico from Team Adam sings “Cry For You”

Kennedy Holmes from Team Jhud sings “The Greatest Love of All”