Sarah Grace froam team Kelly sings “When Something Is Wrong With My Baby” on The Voice Season 15 Live Playoffs on Monday, November 12, 2018. 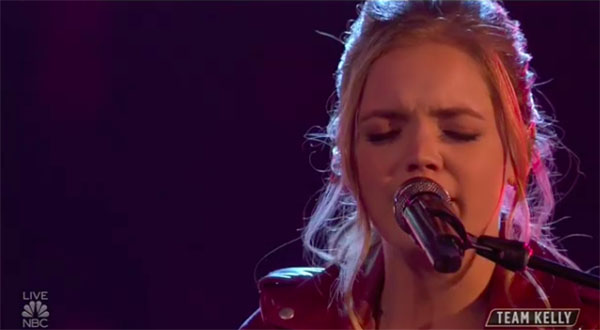 What can you say about Sarah Grace’s performance? Share your thoughts below.

Stank faces… ENGAGE! @sgandthesoul is SANGIN’ “When Something Is Wrong With My Baby” by Sam and Dave.

RT if she stole your heart (and your votes) tonight! #VoicePlayoffs pic.twitter.com/0hi4wt2Ei2