“You love to sing. You love to be in the moment and it’s so beautiful to watch. Your runs are insane,” said Kelly Clarkson. 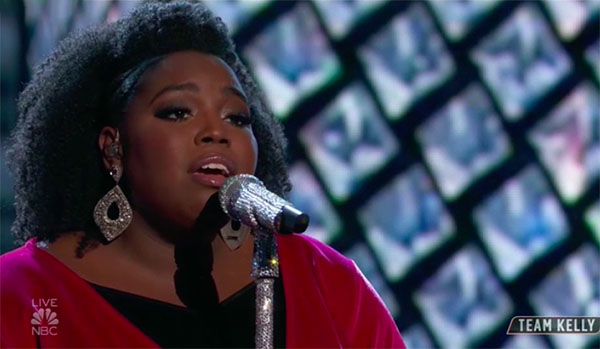 .@KymberliJoye shines bright! RETWEET if this performance of “Diamonds” by @rihanna has your vote. #VoiceTop13 pic.twitter.com/9qVS8vj5aL