“She opened up the doors of the church here,” said Jennifer Hudson. “It was so beautiful,” said Kelly Clarkson. 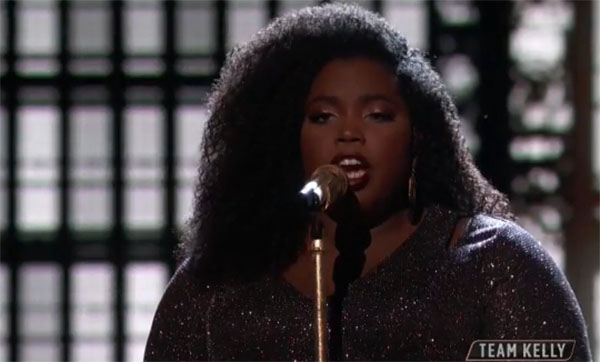 .@KymberliJoye is out here bringing that gospel FIRE singing @tashacobbs’ “Break Every Chain.” RETWEET if this powerful performance has your vote. 🔥 pic.twitter.com/JVVq5rP24m