Kennedy Holmes from Team Jhud sings “The Greatest Love of All” on The Voice Season 15 Top 11 Live Shows, Monday, November 26, 2018.

You are like a shining star on stage,” said Jennifer Hudson. 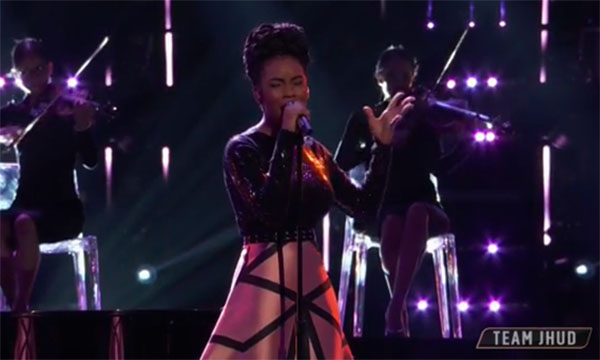 What can you say about Kennedy Holmes’ performance? Share your thoughts and views on the comment section below.

Prepare to fall for @imkennedyholmes singing “The Greatest Love Of All” by Whitney Houston. Did this performance have you voting for her? RT to let her know! ✨ pic.twitter.com/ZQJM4yokZw