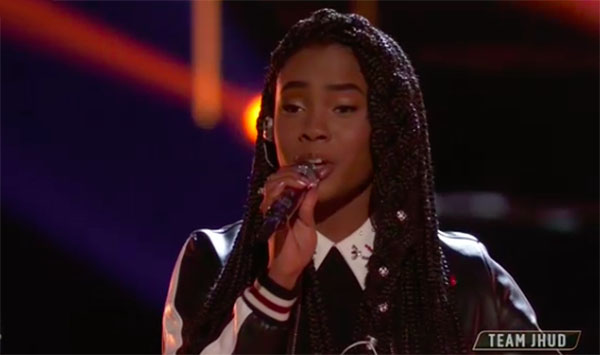 What can you say about Kennedy Holmes’ performance? Share your thoughts below.

A REAL LIFE ANGEL. 😇 How incredible is @imkennedyholmes singing “Halo” by @Beyonce? RT if she’s got ALL YA VOTES tonight! #VoicePlayoffs pic.twitter.com/4htD4bvSUH