One Up and Kymberli Joye from Team Kelly performs “Mercy” on The Voice Season 15 Battle Rounds on Tuesday, October 16, 2018.

“That was really good and worked it out,” said Adam Levine. “Your passion are so much, you are all phenomenal,” said Kelly Clarkson. 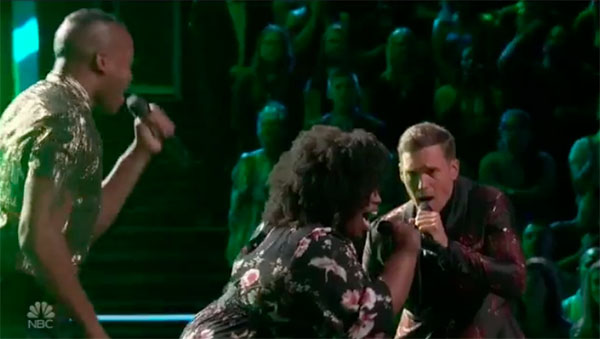 The winner of this battle is Kymberli. What can you say about One Up and Kymberli Joye’s performance? Share your comments and views on the discussion box below.