Kirk Jay sings his cover of “Bless the Broken Road” by Rascal Flatts on The Voice Season 15 Blind Auditions on Monday, October 8, 2018.

Kirk gets four chair turns from the judges.

“Four chairs and you are amazing,” said Adam Levine. 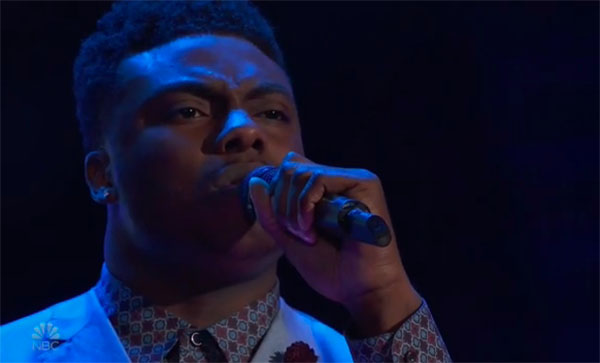 Kirk picked Blake Shelton. Watch his performance on the video below.

What can you say about Kirk Jay’s performance? Share your comments and views on the discussion box below.