Chevel Shepherd sings her cover of “If I Die Young” on The Voice Season 15 Blind Auditions Week 2 on Monday, October 1, 2018.

“I think you are amazing and fantastic,” said Adam Levine. “I was just like you when I was young,” said Kelly Clarkson.

“Your voice is so pure and beautiful,” said Jennifer Hudson. ” 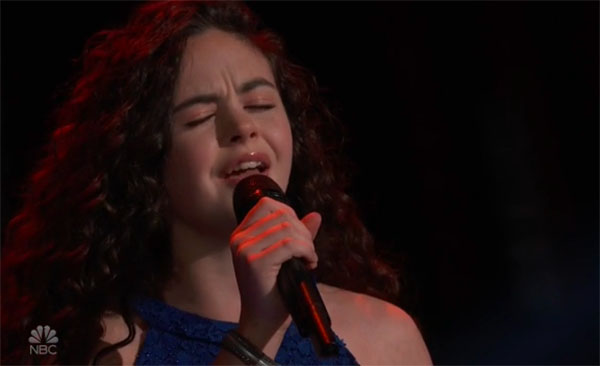 Chevel picked Kelly Clarkson as her coach. What can you say about Chevel Shepherd’s performance? Share your comments and views on the discussion box below.