“It has to be by far your best performance ever,” said Mel B. “That’s what we call a semifinals performance,” said Simon.

“This was explosive. You guys are absolutely insane,” said Heidi. “you listen to me, you are fantastic, I am fantastic,” said Howie. 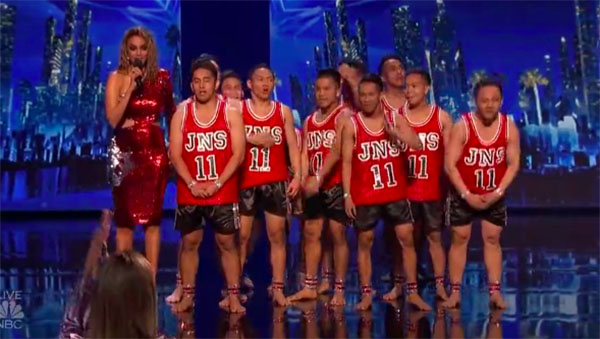 Here’s how to vote for Junior New System.

RT if @JNSOfficial just slayed you and have no other choice but to give them all your votes! #AGT pic.twitter.com/q7Vs75LUjY