“I thank you for giving me a nearly heart attack twice. It was sensational. It was the best act of the night,” said Simon.

“You deliver what you are about to deliver,” said Howie. “It was just nail biting from start to end,” said Mel B.

“Every thing was lightning speed. You guys are insane,” said Heidi. 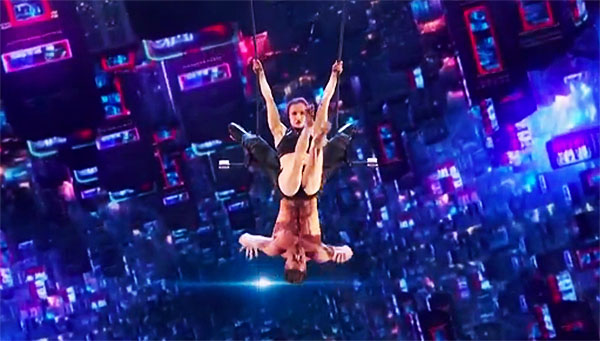 RT if you’ve finally caught your breath and are giving @DuoTranscend your votes tonight. #AGT pic.twitter.com/TCwr6aZs1S