“You are so much more than just a choir,” said Howie. “That was just so beautiful,” said Mel B.

“Keep brining the joy,” said Heidi. “You are probably the best choir here in the show,” said Simon. 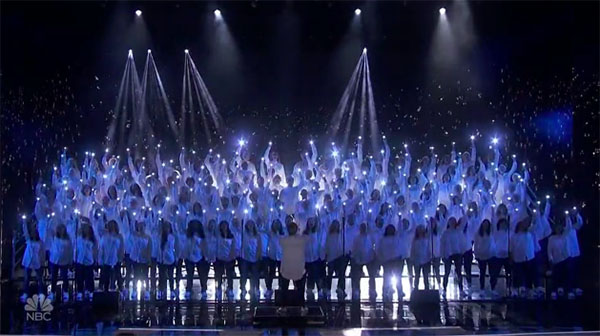 Here’s how to vote for Angel City Chorale.

RT if you’re all out of tissues after @AngelCitySings’ performance and will be giving them your votes tonight. #AGT pic.twitter.com/FIVs1xbRLi