Aaron Crow freaks the judges and the audience on America’s Got Talent 2018 Season 13 Live Semifinals Week 2 on Tuesday, September 11, 2018.

“You are a great entertainer. It was a great act,” said Simon. “I like the whole concept,” said Mel B.

“I got really scared every time I see you,” said Heidi. 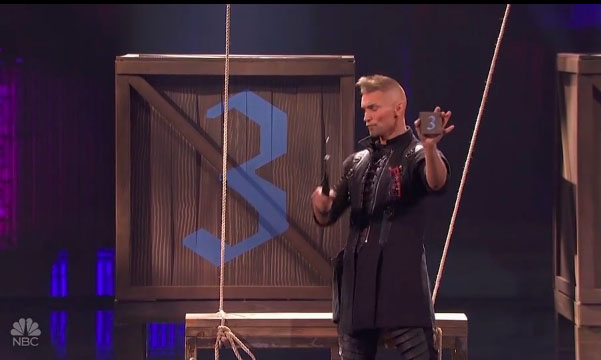 Here’s how to vote for Aaron Crow.

RT if @ItsAaronCrow left your heart racing and will be getting your votes tonight. #AGT pic.twitter.com/qAqdhoFjDD