“You just came up with your own sitcom Trailer Nasty,” said Howie. “I’m gonna have very weird ream tonight, I just love you. You are a great personality,” said Simon.

“You one funny lady,” said Heidi. “You are a strong and independent woman,” said Mel B. 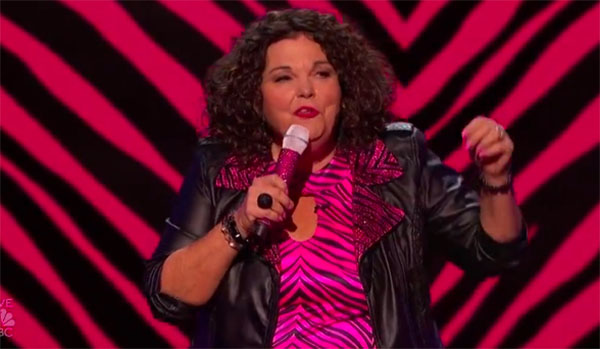 If @VickiBarbolak had you LOLing IRL, RETWEET and give her votes tonight! #AGT pic.twitter.com/M6XCTLGe5d