Us The Duo performs original song dedicated to their baby “Like I Did With You” on America’s Got Talent 2018 Season 13 Live Quarterfinals Week 3 on Tuesday, August 28, 2018.

“I love the song, I love you two,” said Simon. “That made me emotional,” said Mel B.

“You are the cutest couple, so sweet and so loving,” said Heidi. “This is by far my favorite and I believe you stepped it up,” said Howie. 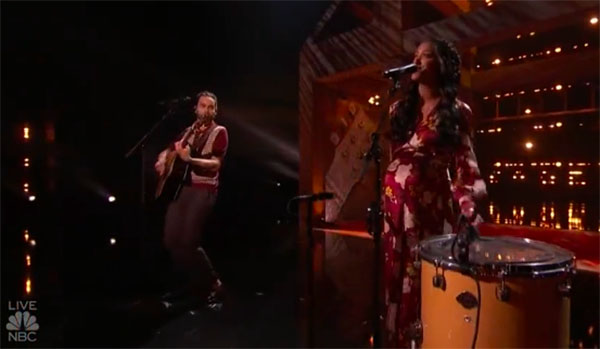 Here’s how to vote for Us The Duo.

RT if you’ve run out of tissues and will be giving @UsTheDuo all your votes! #AGT pic.twitter.com/svZ0CZsSLq

What can you say aboutUs The Duo’s performance? Share your thoughts below.