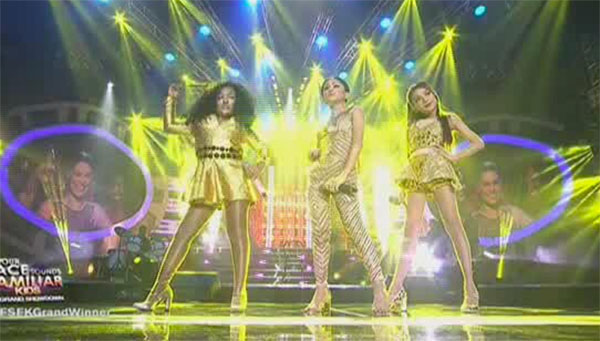 Results revealed that the boys received the highest combined votes from the judges and the viewers with 100 percent.

Watch their winning performance on the video below.

Your Face Sounds Familiar is a singing and impersonation competition for celebrities and is based on the Spanish version of the same name. The show is hosted by Billy Crawford while Sharon Cuneta, Gary Valenciano and Ogie Alcasid serves as judges.