“You’re brilliant, I hope to see you on the finals,” said Simon. “You are definitely creepy,” said Heidi. 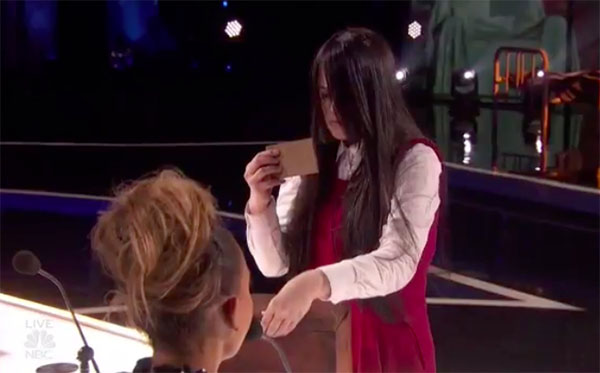 Here’s how to vote for Sacred Riana.

RT if @rianariani straight scared you into giving her all your votes tonight. #AGT pic.twitter.com/o6yb2fSAMw

What can you say about Sacred Riana’s performance? Share your thoughts below.