Simon Cowell is couldn’t contain it and cries on Live TV after watching a moving performance from Michael Ketterer on America’s got Talent.

Known for being tough and harsh comments, Simon Cowell went emotional and cried on air while giving remarks to Michael Ketterer’s performance on AGT. 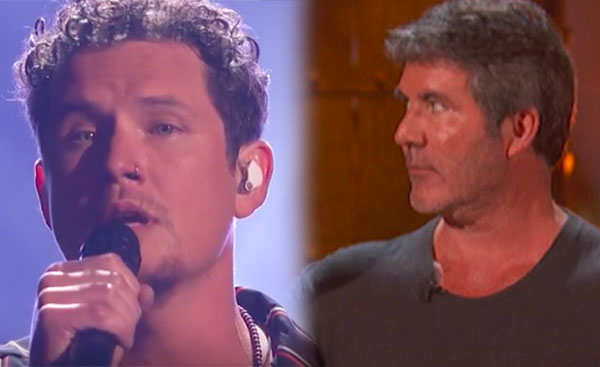 “Being also a Dad, I can’t imagine what you done. I just don’t know, there’s something about you,” said Simon Cowell.

Ketterer performs “Us” by James Bay during the Quarterfinals of America’s Got Talent on Tuesday.

Meanwhile, Simon Cowell has just got his name on Hollywood Walk of Fame. The music mogul was recognized for his big contribution on US Entertainment Industry.

What can you say about this emotional moment on AGT? Share your thoughts on the discussion box below.